William Thomas, the assistant protector of Aborigines based himself at Tuerong between 1838 and 1849.

The first settlers on the Moorooduc plains were timber cutters who brought their bullock teams and camped in tents while they harvested wood. This was brought into Mornington to be shipped from the Mornington jetty to the fledgling township of Melbourne by sea, to be used for building bridges, jetties, railway lines and to fire the bakers’ovens.

Benjamin Baxter won the contract to supply the pylons for the Schnapper Point jetty. He sourced his timber from the Moorooduc forest, which was well wooded with eucalypts, she-oak, wattle and box.

Gold was found at Tuerong on the Tubbarubba and Bulldog Creeks in the 1860s. There were several small rushes over the next forty years. Although a mining company was established, the yield was small.

Moorooduc became an agricultural community with many of the farmers also holding slaughtering licenses.
The fruit growing industry was important to the Moorooduc district and contributed to the stable prosperity of the area. The blossoming orchards in spring and the fruit-laden trees in autumn attracted many day trippers to the district. First plantings occurred about 1860.

The Two Bays Nurseries and Orchard Company of Moorooduc became one of the biggest retail nurseries in the Southern hemisphere, exporting trees to Argentina and Japan as well as all over Australia. 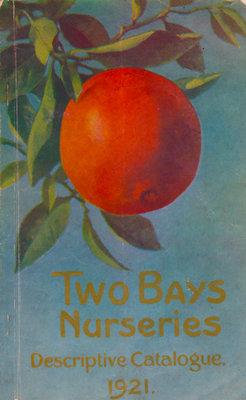 A small wooden church standing (just) on the Moorooduc Highway  south of Tyabb Road had been financed through a local appeal by local headed by leading residents in the area. This church and was also to be used as the first Moorooduc school.

In 1916 Moorooduc celebrated the opening of their new hall, known locally as “The Brick Hall” to distinguish it from the early “Tin Hall”.

Many descendants of the early pioneers of Moorooduc still live in the area.